This place as well as St. Agapit's was taken from the website of the Vega de Cap Rouge astronomy club.

The observatory is affiliated with Laval University and brings together amateurs and professionals. Personally, apart from the observation I did individually, I did not go to observe on the telescope they have.

Step1.- From Quebec City, take highway 73 south towards Sainte-Marie-de-Beauce. After approximately 40 minutes take exit 95 to reach the village of Sainte-Marie.

Step 2. - From Sainte-Marie, continue on route 216 towards Saint-Elzéar. Pass the village and continue straight ahead until you reach the "Rang Haute-Sainte-Anne" dirt road. Turn left. The entrance to the observatory is about one or two kilometres on the right after passing the "rang St. André".

The observation site
I  shall say about the site ... is not closed but when I went with some friends we didn't know it was private property either. There is only one chain restricting access to the cars so we left the car outside and decided to "apologize instead of asking permission" :-P . The site is nice to observe but they don't allow to camp there, for obvious reasons. Since we arrived late at night, there was absolutely no one there. At that time I only had a normal tripod, my camera and no tracking engine so I could only take 30 second shots. However, I had some fun taking nighttime pictures of the surrounding towns with the artificial lights. Inside the observatory's terrain you can see that it is surrounded by trees, even so I was a little disappointed with the place because the light pollution of the surrounding villages does affect the visibility. 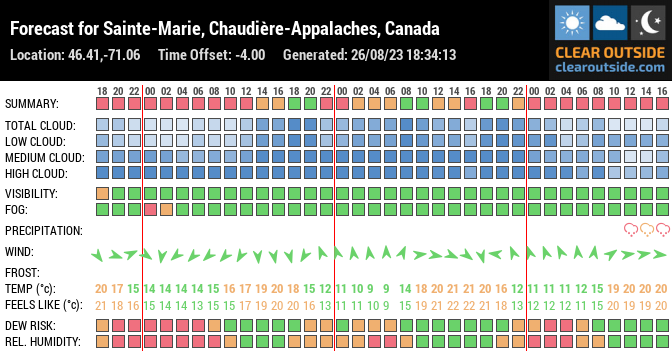